Bridges are structures that realize the dream of passing the river for human and the bridges of Isfahan are examples of historical witnesses by remembering the memories for the people. there are 11 bridges in Isfahan which connects the northern and southern parts of Isfahan. the oldest bridge built two thousand years ago. Isfahan bridges are very beautiful and famous and perhaps Isfahan should be considered as the city of old and beautiful bridges that inspire tourists.

among these bridges five bridges are familiar to everyoneThese bridges are built on the: Zāyandé-Rūd or Pāyanderūd ( Zayandeh-Rood or Zayanderood, is the largest river in the central plateau of Iran.Zayandeh rood originates from Zardukh bakhtiari or koohrang highlands and on passing from Isfahan divides it into two parts, north and south) the reason of connection the two northern and southern parts is five bridges.

is a historical bridge in Isfahan,iran. The original name of this bridge is marbin or mohr bin . The reason for naming this bridge is due to the lush Marbin villages on the South Coast . 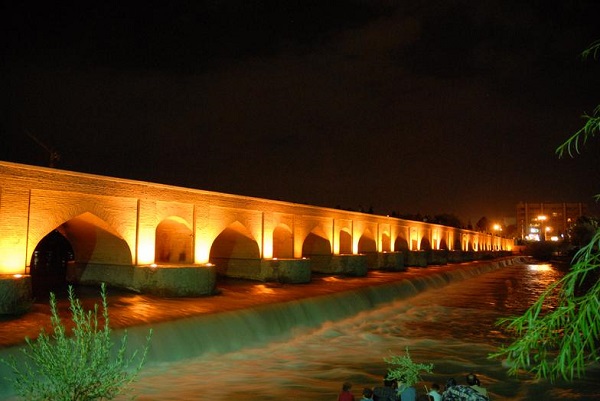 It is 147 meters long and is built on zayandeh Rood whereas located between two Khaju Bridge and ALLAH VERDI KHAN BRIDGE (SIO SE POL) .

In the western part of the bridge, the river water flows into the form of a lake and that’s why its called lake bridge or Sadat abad bridge .This bridge was the place of the crossing of the Safavid king family and the nobility. 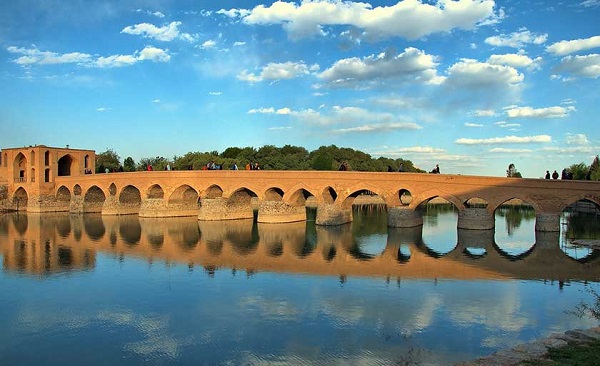 or jay bridge is the oldest bridge in Isfahan on the Zayandeh Rood River . Historians consider that construction of this bridge refers the sassanid era .the foundations of this bridge are based on the rocks of the river bed and since it is located next to a village called Shahrestan , the name of bridge has changed to Shahrestan bridge.

This bridge was built 400 years ago by commanding of Shah Abbas . this bridge among the bridges of the world has a special beauty . in fact, this bridge is located between juei Bridge and the shahrestan bridge as you can see this bridge at the end of Charbagh Street . The feature of this bridge is that the upper part of the bridge is for passing the carriage and the kines and its downstairs was for the passing of the pedestrians in past . 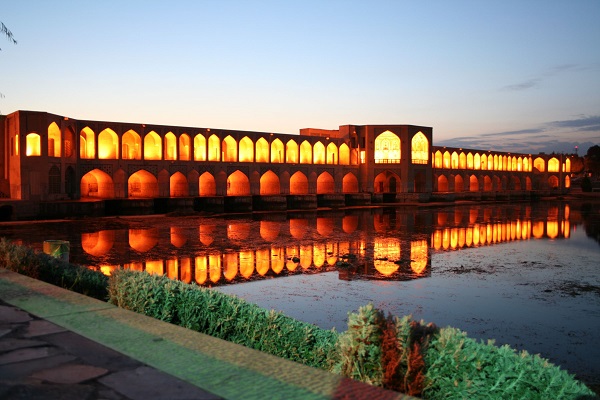 The building is made of stone and sandstone. one of the reasons for the popularity of the khaju bridge ، It is close to many of Isfahan’s attractions such as Sa’adat abad garden, emarat ayneh khaneh and so on. Other names of this bridge is hassan beyk bridge, Baba Rukn al-Din bridge. 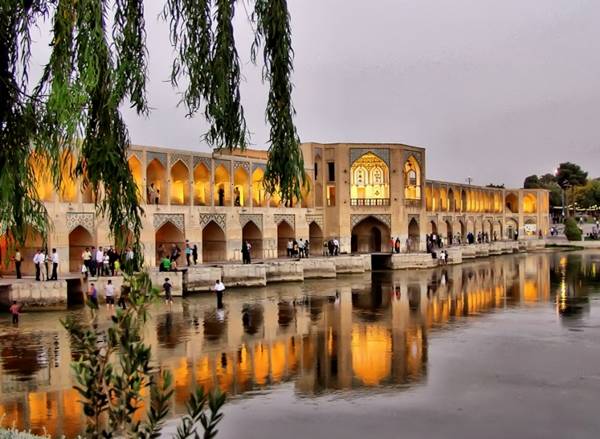 This bridge is not just a structure but also an example of water guidance engineering.

Water outlets are controlled by stoute boards as by closing these outlets, the water level in the western part has risen and The small lake is formed .in the central part of the floor above the bridge ، bigler- beigi emarat is built For catering and Formal ceremonies.

Unlike other bridges, Khaju Bridge has 23 arches, 26 and 21 small and large inlets.

popularly known as Si-o-se-pol Was built on Zayandeh Rood.

This bridge is an art masterpiece among all the bridges of Isfahan and tourists knows it as an icon of Iranian super-architecture and many celebrations were held on this bridge. Si-o-se-pol is from monuments of the kingdom of great Shah abbas and is built by His commander allah Verdi Khan. 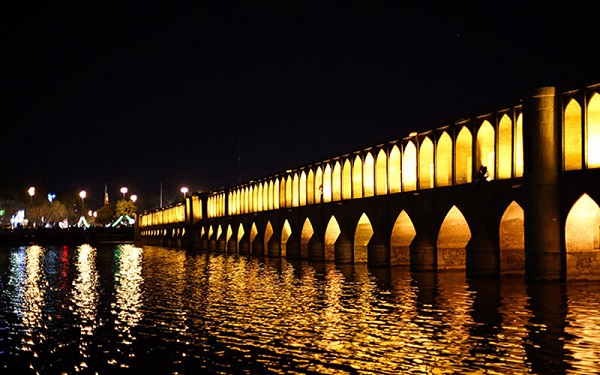 Other names of this bridge is thirty-three springs, Chahar-bagh bridge , Jolfa bridge …

Si-o-se-pol the most famous bridge in Iran and the solitaire of Isfahan Bridges.

Among the other bridges of Isfahan can be mentioned these names:

Isfahan presents its beauty with all its glory and splendor. this Iran travel agency tours include Isfahan trip

Some of Isfahan tour packages