Kashan is known as the Pearl of the Desert and is home to almost 2,000 people in the heart of the desert with its attractive, ancient, and it host a lot of tourism attractions that will be memorable to watch.

We first visited the Bagh Fin (Fin Garden) here on the Budget tour to Kashan-Iran. 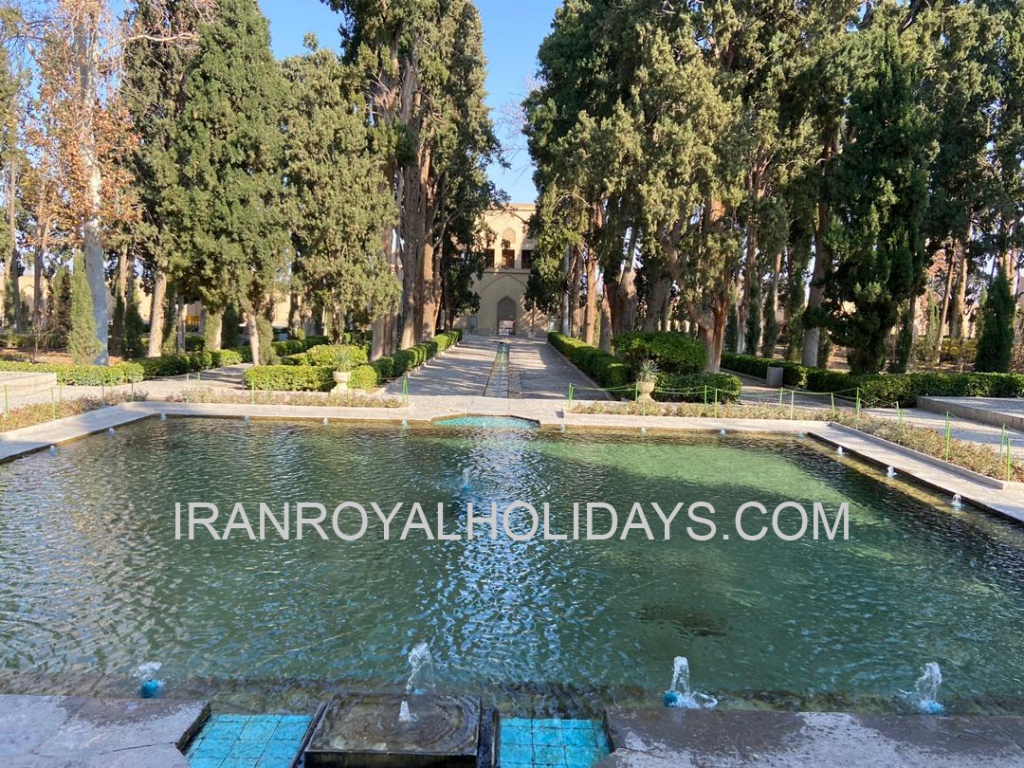 Certainly one of the most beautiful and lovely places in Kashan is the beautiful Finn Garden which can be described as a perfect example of Iranian gardens. A garden symbolizing the lush and aquatic beauty of the desolate waters that inhabit the heart of the desert, a garden full of evergreen trees which are very ancient and very old,  with elements of life and the most important element of life which is water. 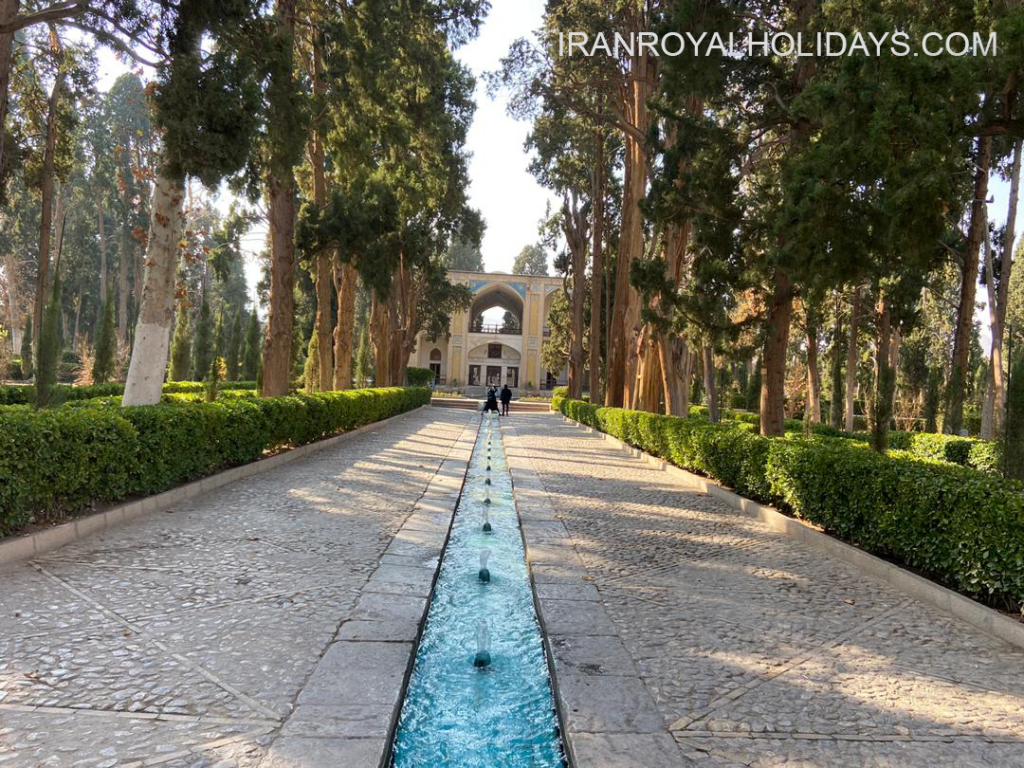 Fountains that operate without a water pump system. This place has also been historically significant and valuable, as stated in “History of Qom”, one of the oldest historical sources:

“Buildings and canals of Finn have been built by Jamshid”

The eye-catching and well-kept areas that have been the focus of monarchs from a long time ago, have been expanded and rebuilt in other periods by the rulers of history, including Al-Buyeh and the Ilkhanan.

After the garden on the Budget tour to Kashan-Iran we go to the traditional houses with “Iran Roayl Holidays” to show the desert architecture of summer and winter styles and beautiful architectures like Boroujerdi and Tabatabai’s historical house. 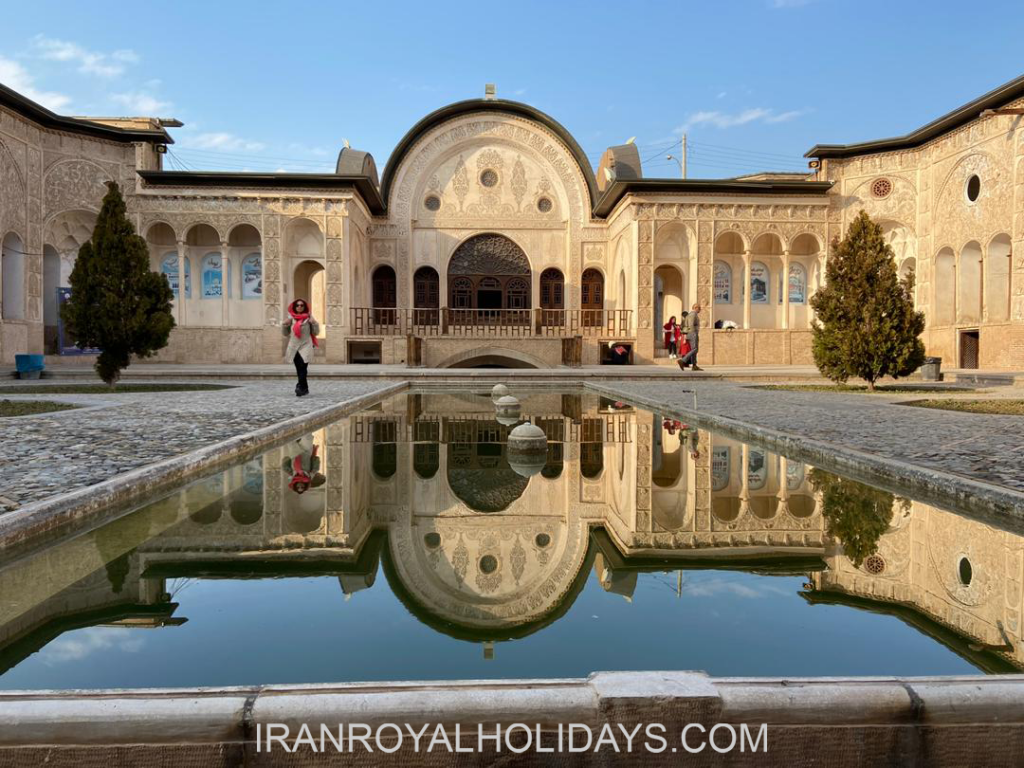 One of the most famous historical houses in Kashan is definitely the Tabatabai’s home, with its extraordinary architecture that attracts many tourists. The mansion is 186 years old and comprises with two interior, exterior and crew sections. Each of these buildings exhibits a magnificent ornament with a unique appearance.

Another historical house to visit in Kashan is Boroujerdi’s house. This building dates back to the Qajar period and dates back to 130 years. 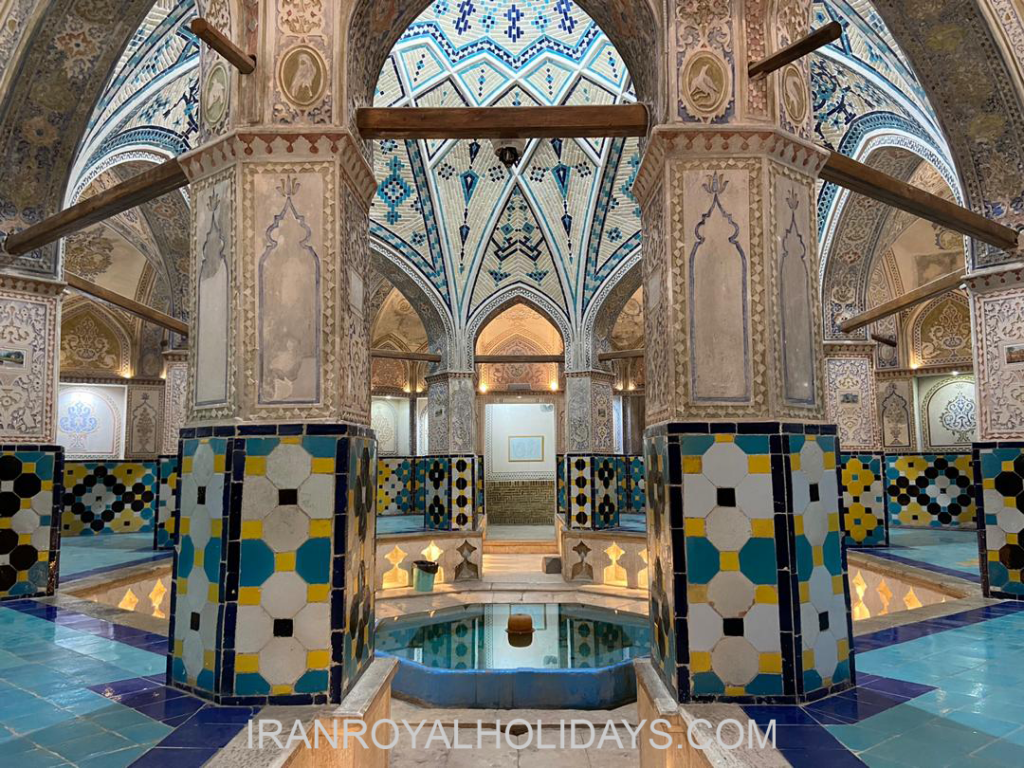 At the end with Iran Roayl Holidays we visit to Sultan Ahmad Bathroom, which features traditional Iranian baths with various parts including traditional dressing room and part of the bathroom with beautiful tiles that provide visitors with a fascinating and historic day visit.