Traditional markets and colorful fabrics and the sound of the hammer in the corridors Maybe you’re encouraged to get into the shops. The most valuable and beautiful arts of handicrafts in Iran. The center of this art is Shiraz, Isfahan and Tehran. 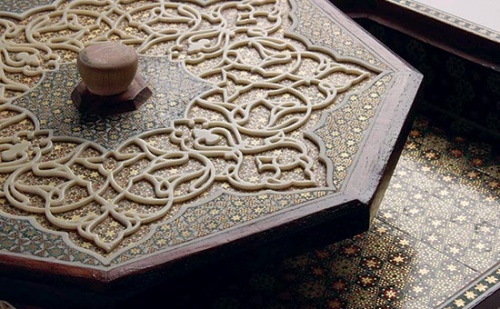 Marquetry is Art Decoration of objects with small triangles which is done on wood, metal and even bone.

Usually artists of this field use black ebony, betel nut, Orange wood or animal bones such as camels and horses ، is the best one tusk. Of course Some Masters of this art believes that The Marquetry is one of the miracles of Abraham. You will see beautiful works by combining Marquetry and Enamels.

Handicrafts are valuable treasures of civilization, culture and art of Iranian, Which reflects their taste and art. 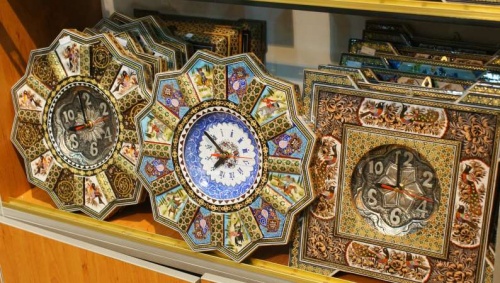 Marquetry An art that has many fans among Iranians and tourists. This art requires more patience and care. The best-known and most valuable inlaid have the micro design.

the oldest one we can point to Marquetry pulpit In the Ateigh mosque of Shiraz Which is a thousand years old. we have a trip to that mosque in Iran travel agency .

Master GOLRIZ is the father of Marquetry. This art was in Iran before Islam, of course not in this way. Some countries like Iraq, Syria and India have had this art. But what you see today is made in Isfahan and Shiraz. 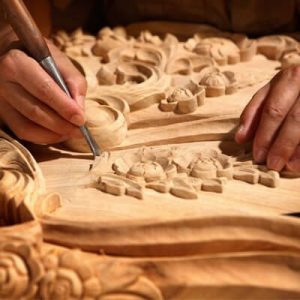 You are going to buy we introduce the BA SALAM market and your shopping depends on the quality and price of the products.

Some examples of this art is in big museum such as Metropolitan Museum.

In its precious inlaid, its metal parts are made of gold and silver and its surface is shiny with oil to protect against cold.

If you want to MARQUETRY stay healthy, do not leave it on wet place.

MARQUETRY One of the gifts which Awarded to the Queen of England and the President of the United States.

Due to the variety of geometric shapes, colored patches have a variety of design and role.

Marquetry Chess plates the best souvenirs for you Hold your wallet and enjoy shopping in Iran and its markets. 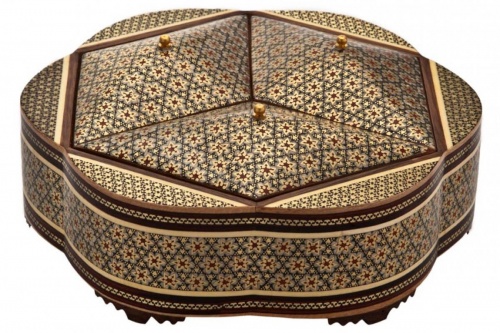