Every time we talk about the religious tourist destinations of Iran, the name of Mashhad comes to our minds. A city on Northeast of Iran, Center of Khorasan province, With 351 km it’s second largest city in Iran after Tehran. And 101 populated cities in the world. you can visit this city with an Iran religious tour.

This city is due to existence eighth Imam of Shiite religion, Annually welcomes 29 million domestic and foreign pilgrims. Iran tour operator can mange a trip to this city specially for you.

MASHHAD has an international airport, you can use of the bus system and the tramway.

The word of Mashhad means the place of martyrdom. Hamdollah Mostofi is the first person to call it Mashhad.

In fact, the graveyard of Imam Reza was originally a village called it Sanabad. Today is named Mashhad. The shrine of Imam Reza is one of the most important religious buildings of the Muslims after the masjedolharam. 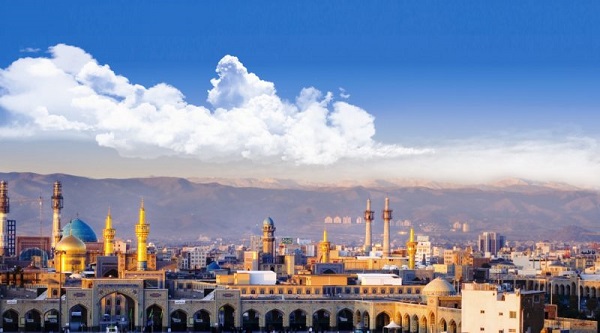 Mashhad has many spectacular places The garden of birds is one of them; A specialist team is continuously present and cares about rare Iranian and Asian birds.

Mashhad is the second religious city in the world. Millions of Muslims from all over Iran come to this city every year. It’s Golden dome and minaret, is a magnificent jewel that brings tourism to the city. The religious collection of the shrine of Imam Reza is very wide area which include the shrine, Gohar Shad Mosque, Museum and library that has been decorated with the most Beautiful and distinguished Iranian arts architecture like Tiling, decoration with mirror.

This city is step – sister of Karachi and Lahore Pakistan’s. In 2018, Mashhad choosed the capital of Islamic culture. The ceremonies of naqqare just performed in Mashhad and Qom.

Mashhad is the home of great celebrities such as:

QOM THE RELIGIUOS CITY OF IRAN

Qom is a city in the center of Iran and south of Tehran ، in the past was called KANB.

Because in the past it was on the path of Silk Road, it had a great deal of importance.

This city is one of small cities of Iran, Qom has many label

Qom is the cultural capital of the Shiite world which A large number of Pakistani, Arab Afghan citizens live in this city.

Qom is the graveyard of Fatimah Masoumeh, daughter of the 7th Imam of Shiites. And center of Iranian Seminary Management.

Because of the religious graves, Jamkaran mosque، After Mashhad, qom is second pilgrimage city of Iran.

The women of this city often wear veil.

This city is welcoming to pilgrim all of the year.

About 20 million people visit the city every year. One of the most important souvenirs of Qom is souhan (An Iranian cookie ، in other words, a kind of halvah made from wheat germ) carpet and pottery

High – grade. Quality along with amazing colors and roles change to a very beautiful landscape. Garden designs, Shah Abbasi( palmette flower design ) and especially hunting are the most famous carpet designs in Qom, each one defines a particular story.

Hunting Ground Design is one of the oldest Persian carpets Which describes the horseman in way of hunting animals like deer and rabbits …Which is woven from pure silk. These are unique features of Qom carpet which decorate many palaces with this carpet.