Saadabad Palace in Tehran is one of the most beautiful, largest, greenest and most attractive tourist attractions in Iran. All the capitals of the world are proud to have their royal palaces, and many tourists visit the palaces to see the royal palaces and the lifestyles of the kings of each country. Sch شnbrunn Palace, the Palace of Versailles in Paris, Buckingham Palace in London, Topkapi Palace in Istanbul and other such palaces are lush and magnificent, and of course Saadabad Palace can be equated with the green palaces of the world.

Imagine the average temperature in Saadabad Palace is about 13 degrees and you walk at an altitude between 1640 to 1810 meters above sea level, which means a high altitude difference in a palace and among about 7500 poplar and cypress trees and … some 150 you have years to live. It will definitely be a beautiful day for you and from time to time you can walk in Saadabad Palace and enjoy its unique nature to refresh your mood and change the climate.

Saadabad Palace of Tehran is one of Reza Shah’s remnants such as the national railway, regular army, Mehrabad airport, civil registration certificate, University of Tehran, etc. and Reza Shah was first represented by his representative Haj Agha Reza Rafi, various pieces of gardens and mansions He bought the area and consolidated it together and finally brought it to the current 110-hectare area. , General Amanullah Mirza, Mostofi al-Mamalik, Shukrullah Qawam al-Dawlah, Hamd al-Saltanah Mostofi’s sister and Mahmoud Badr were all bought by Reza Shah and Saadabad Palace was finalized.

Reza Shah from 1300 AD onwards and according to different needs, several palaces were built in Saadabad Palace, the palaces were built one by one and each was assigned to one of the members of the Pahlavi family and was changed over time. And until 1978, when it became a large complex of Iranian palaces. Many of these palaces have now been converted into various museums due to the lack of use of the palace and the royal use, or some are at the disposal of the presidential institution for the accommodation of foreign guests and welcoming ceremonies of presidents of other countries, and a few smaller palaces. Used as office buildings.

Currently in and in 1399, the museum museums that can be visited by the general public of Saadabad Palace in Tehran are as follows:

Presidents and officials of world countries are hosted by the President at Saadabad Palace, and the highest level of Iranian government ceremonies for foreigners is at Saadabad Palace. Therefore, seeing Saadabad Palace is attractive and enjoyable, and you can visit Saadabad Palace in Tehran with Aladdin Tehran Tour, or enjoy this great palace exclusively with the exclusive tours of Aladdin Travel Agency. Read more about the palace attractions. We will introduce Saadabad. Initially, palaces that are currently unavailable include:

Ahmad Shahi Palace was built in Saadabad Palace by the order of Ahmad Shah Qajar in 1297 and was completed during the reign of Reza Shah and is located at the highest point of Saadabad Palace in Tehran, Bahman Palace, which was the residence of Bahman, son of Gholamreza Pahlavi. The private palace to the west of the Museum of Fine Arts, the Queen Mother Palace or the Presidential Palace, which housed Reza Shah before his exile to Mauritius, is now reserved for the President’s special guests. 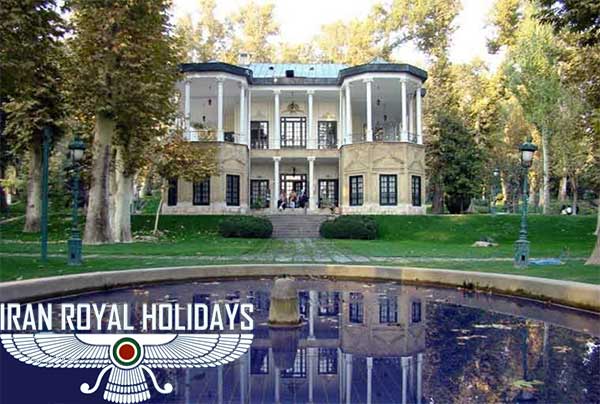