Each season has unique characteristics that will come to mind as soon as we hear its name, for example: when we hear the name of autumn, the first image that comes to mind is a land adorned with yellow and narcissus leaves, and The word winter, which reminds us of a snowman and snowballs, has always reminded us of the most beautiful form of nature, growth and vitality. This season, which is also called the season of beauties, has created a spectacular platform in all parts of this climate. This has caused the number of tourist trips to increase significantly in this season. In this article with Iran Royal Holidays, we intend to provide you with the best destinations Spring of 2021 in Iran. Introduce tourism in spring. Our first suggestion for you during this period is to visit Darya Sar in the northern part of the country. 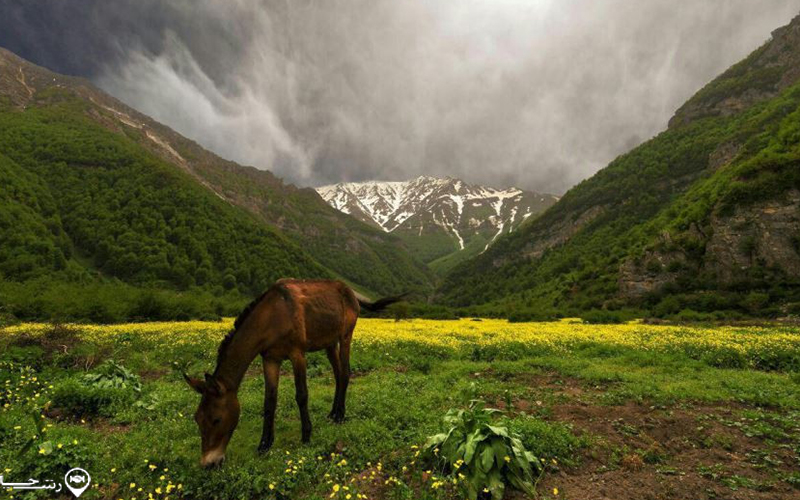 This plateau is located at an altitude of 2000 meters in the southern part of Tonekabon city in Mazandaran province, which is surrounded by four mountains, the highest of which is Alamut mountain. This plain will show you a different view of nature. The distinguishing feature of this plain from other plains is that it will provide you with this possibility while standing in a green and deserted plain. Enjoy the snow and ice of Alamut Mountain. In fact, this plain acts as a border between the two. The yellow spring flowers that are abundant in this plain, the roaring springs from the heart of the earth and its forest cover are among the attractions.

Which brings many people to this plain every spring. 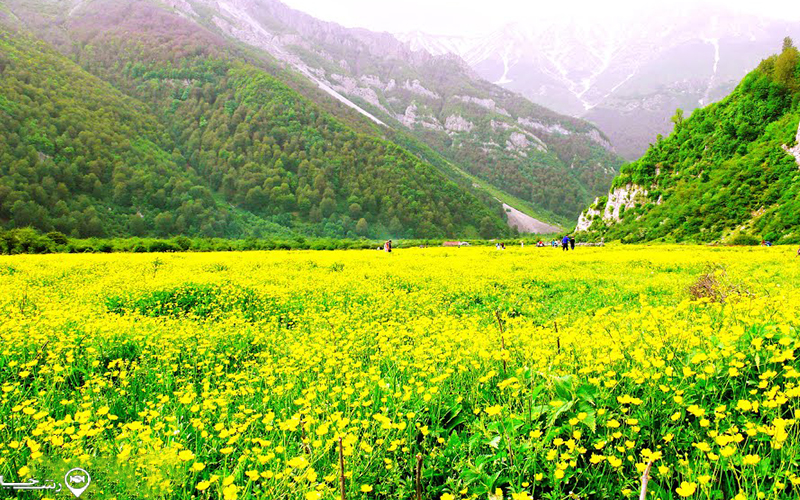 The second destination that has been very attractive for tourists in the spring is located near Ardabil province.

At a distance of 25 km from Ardabil province, there are hot springs in a city called Sarein, which has made it famous. In the following, we will examine some of Sarein hot springs and their properties.

This complex is one of the largest hydrotherapy and spa complexes in the country and Sarein region. The services that this complex has for travelers include: dry sauna, Jacuzzi, mineral spa pool and swimming pool for children and teenagers. Among the properties of this spring, we can mention the treatment of rheumatism, joints and nerves. 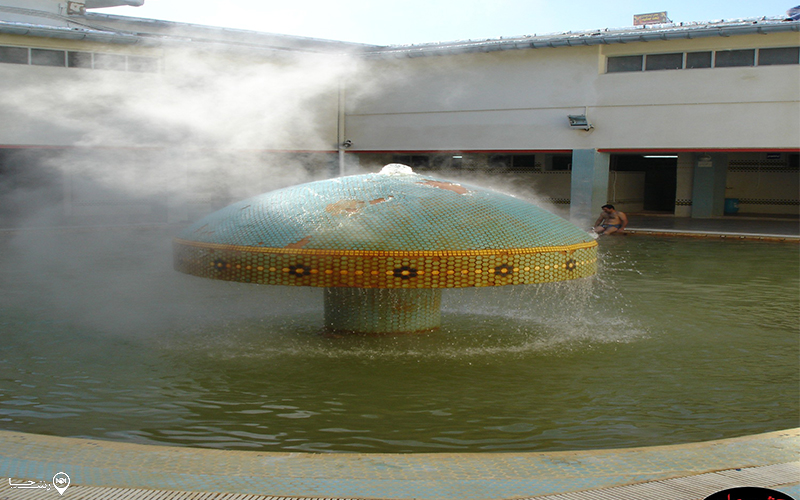 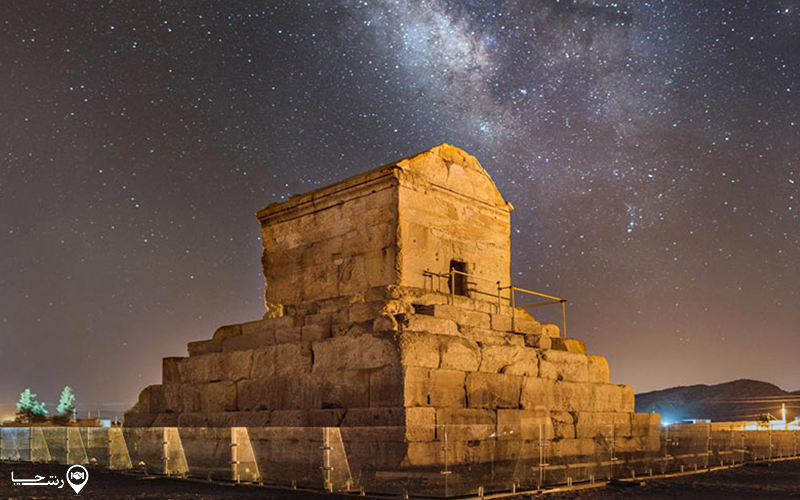 After the beautiful and popular city of Shiraz, let’s go to a city that, despite its surprises and tourist attractions, has a much smaller audience than big cities such as Shiraz, Isfahan, etc. Mahallat city located in Markazi province has earned the title of a tourist paradise. This city is also known as the Netherlands of Iran due to its numerous flower gardens. Due to the existence of many flower villages in this city, you will see the most beautiful spring days of Iran in this city. In addition to the World Flower Village, there will be other attractions for tourists such as Shah Bulbul Cave, Sarcheshmeh Mahallat, Atashkooh Fire Temple and Nimour Glacier in the beautiful city of Mahallat. 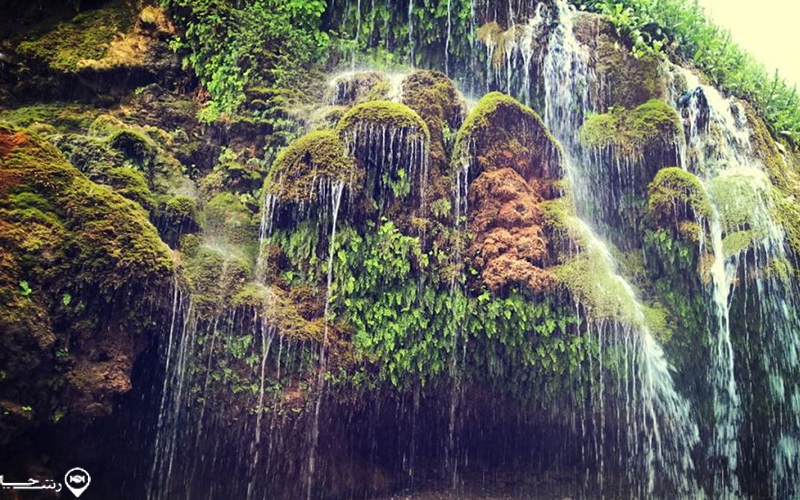 The fifth unique spring destination in East Azerbaijan province is called the ruined mill waterfall. The reason for the popularity of this waterfall is the name of the windmill, which was located in the place of this waterfall many years ago and was used by the local people. Remains.

This waterfall has a height of about 10 meters and an area of ​​about 200 square meters. Due to the humidity that is present in this area due to the inflow of water, all the walls and surfaces around the waterfall are covered with moss and other plants that work with water, which has made this waterfall doubly beautiful. Other wonders of this region include the pleasant and pleasant weather in the heart of the tropical and desert area of ​​Jolfa city. The physical feature that makes this waterfall different from other waterfalls in this area is the calcareous structure above the mill, which has been transformed into a type of travertine (porous limestone) due to the accumulation of different sedimentary layers. Parking and a suitable place for leisure and food are other amenities that exist for tourists in this area, but other facilities such as restaurants, gas stations and guest houses are also located in the path of the ruined mill waterfall. 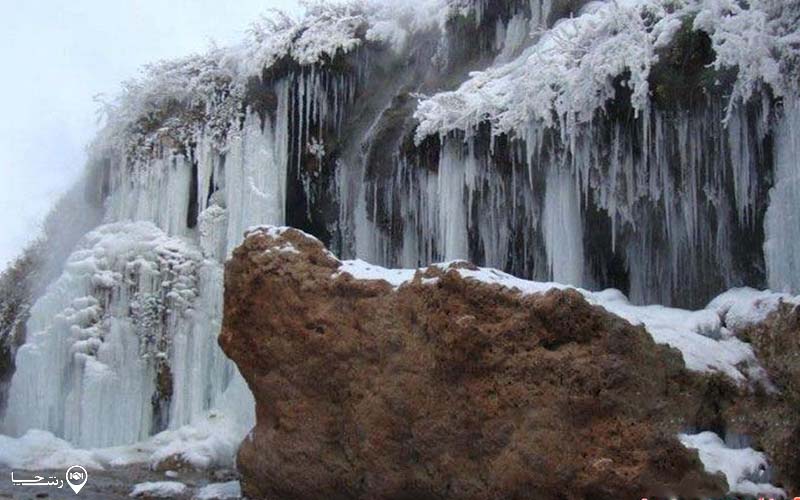