As the capital of rhinoplasty (more commonly known as nose job), more than 80,000 rhinoplasties are performed annually in Iran, which is seven times more than United States.
The high success rate of rhinoplasty in Iran is due to various factors such as the improvement of surgical techniques, competitive prices, and finally, skilled physicians.
The cost of nose and cosmetic plastic surgeries in Iran is usually lower than the other countries, while the level of satisfaction is higher.
Rhinoplasty in Tehran: As Iran has the best rhinoplasty surgeons in the Middle East, many people from all over the world decide to have their nose jobs performed in Iran, especially in Tehran.
Rhinoplasty in Iran
Iran Beauty Clinics provide quality services and advanced facilities to patients, and patients can use the latest medical and beauty services.
Many people from all over the world trust our skilled doctors, and prefer to have their nose surgery in Iran and at the same time enjoy the many tourist attractions of Iran.
From an aesthetic point of view, nose job, known medically as rhinoplasty, changes the shape and size of the nose, adjusting its angle to the features of the face and lips. It also corrects other problems such as bulging and asymmetry and other nasal defects.
Also, people who suffer from respiratory problems due to air obstruction due to tissue or cartilage prefer to have rhinoplasty to improve their condition.

Types of rhinoplasty
In general, rhinoplasty is divided into two main groups: primary and secondary (or reconstructive) surgery. The following is a summary of each:
Primary rhinoplasty: Primary rhinoplasty means that the patient is undergoing rhinoplasty for the first time. The purpose of rhinoplasty can be one of the following:
– Correcting the shape of the nose, repairing the asymmetrical structure of the nose or crooked nose, deforming small or very large nostrils to fit the face, and
– Treat respiratory problems caused by cartilage or tissue.
Rhinoplasty takes about two hours and is performed under general anesthesia.
Secondary rhinoplasty: Secondary rhinoplasty corrects the results of previous rhinoplasty (s). It is strongly recommended that for secondary or reconstructive surgery, at least one year has elapsed since the initial rhinoplasty, as it takes at least a year for the tissue wound to heal and the rhinitis to settle.
Cartilage may need to be added or removed during surgery to create symmetry.
Prior to surgery, cartilage strength, bone and skin strength are checked, and since cartilage is usually always needed, the amount of cartilage present is also assessed by the surgeon.
The surgeon uses a 3D imaging program to show you what your nose will look like after surgery.
The whole surgery may take up to 4 hours and is performed under general anesthesia.
The two main techniques for rhinoplasty are open method and closed method.
Both operations are performed under general anesthesia, and you may need to stay overnight in the hospital.
In the open method, the surgeon makes incisions through the nostrils, and then separates the skin of the nose from the back of the bones and cartilage so that he can see the entire structure of the nose. The open method is mainly used in secondary or reconstructive rhinoplasty.
In the closed method, the surgeon makes incisions in the coccyx, which is the vertical tissue that separates the nostrils, and changes the nose as desired. One of the advantages of the closed method is that there will be no visible wounds after the operation. 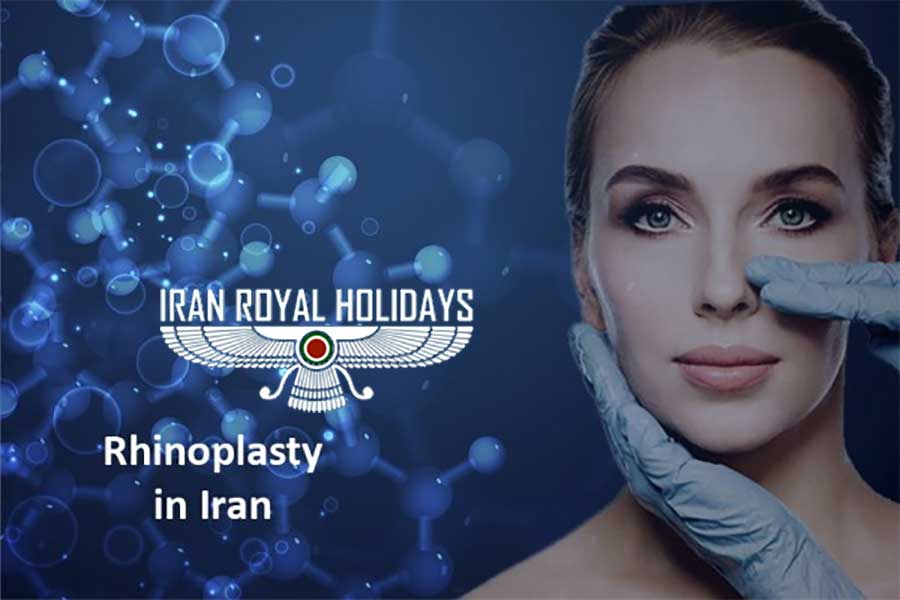 – Do not eat anything until 12 hours before surgery.
Recovery process after rhinoplasty:

As with any operation, bruising and swelling after nasal surgery is common. Initial swelling may subside after a week or two after surgery, but it may take several months to a year for the overall swelling to subside.

– Nasal tampons help reduce swelling, but it is not possible to breathe through the nose until it comes out.
– Put an ice pack on your forehead to stop the bleeding.
– Do not fin for at least two weeks.
– If you need to sneeze, sneeze with your mouth open.
– Keep the inside of the nose moist with a nasal spray.
– Do not touch the stitches with your fingers.
– Apply Vaseline and ointment to the sutures inside the nostrils.
– Hold your head up for at least 48 hours after surgery to help reduce the swelling.

– Try to avoid hard foods that require a lot of chewing for at least 2 weeks after surgery.

– You should not wear glasses on your nose for at least 6 weeks after surgery.

– The surgeon removes the stitches after 3 days.
Recovery is the same in both primary and reconstructive rhinoplasty.